Our products have been awarded the ‘Protected Designation of Origin’ EU label as well as the ‘Original Wachau Apricot’ trademark, thereby verifying their authenticity of origin. This means our customers can trust in the unique aroma and integrity of flavour of our Wachau Apricot PDOs. As a member of the ‘Wachauer Marille PDO’ association, we have committed ourselves to safeguarding the cultivation, preservation and protection of the Wachau Apricot PDO. 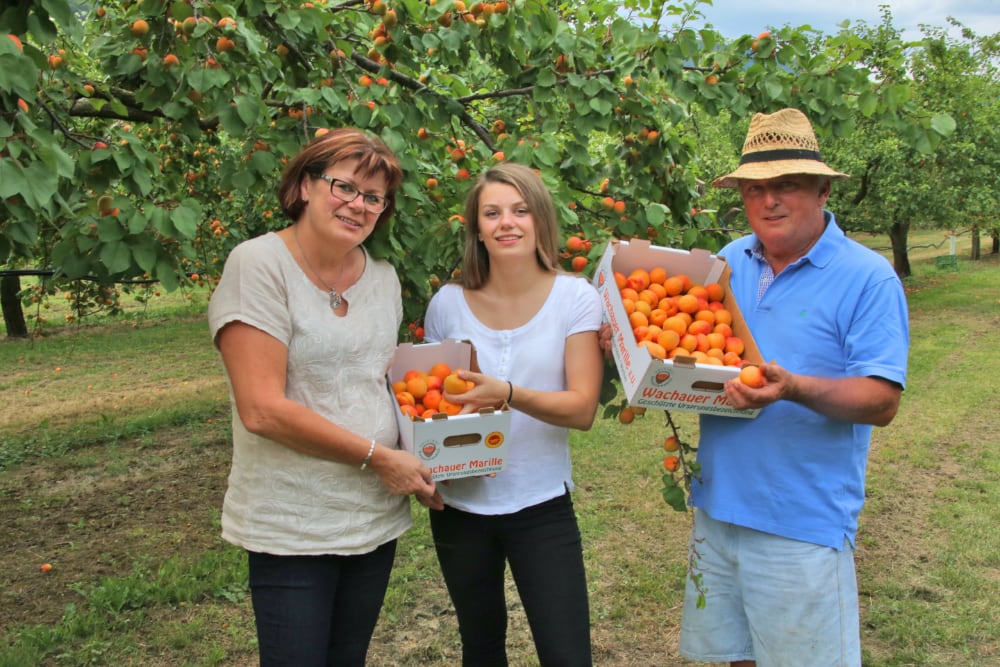 Origin of the Wachau Apricot PDO

Apricots were first discovered in China, where the humble fruit was domesticated as early as 3.000 – 2.000 B.C. From there, the apricot then travelled west via East Turkestan, reaching Central and Western Asia, Armenia, Syria, Greece, Italy, the other Mediterranean countries and finally Europe. It was long assumed that the fruit arrived in Western Europe via Italy, Spain and France. However, current research shows that the apricot was transported via Pontus and the Danube River before reaching the countries surrounding the Danube. These new findings would do away with the old, previously held opinion that we inherited our traditional cultivation practices from the Romans. As such, we must also revise the assumption that the apricot only arrived in the Danube basin much later. By comparing Roman records and the Linz findings, we then realise that the apricot, which only reached Italy in the late 1st century, was already present in the middle-Danube region around that time, if not even earlier. The fact that the fruit was evidently being grown in the Danube region of the Wachau in Roman times is also documented by Eugippius in his memorial writing on St. Severin, also referred to as ‘Vita S. Sverini’.

The best locations for growing Wachau Apricot PDOs can be found dotted around the municipality of Rossatz-Arnsdorf, where the local climate is perfect for cultivating the apricots' unique taste, aroma and nutrients. This is, in particular, due to the notable change in temperature between day and night, which has a marked effect on the fruit as it matures. The unique, incomparable and widely recognised aroma and taste of the Wachau Apricot PDO is the result of a combination of different climates, namely the Pannonian and Waldviertler climates as well as the immediate proximity of the Danube. For this reason, the European Union has awarded the Wachau Apricot the ‘Protected Designation of Origin’ seal. 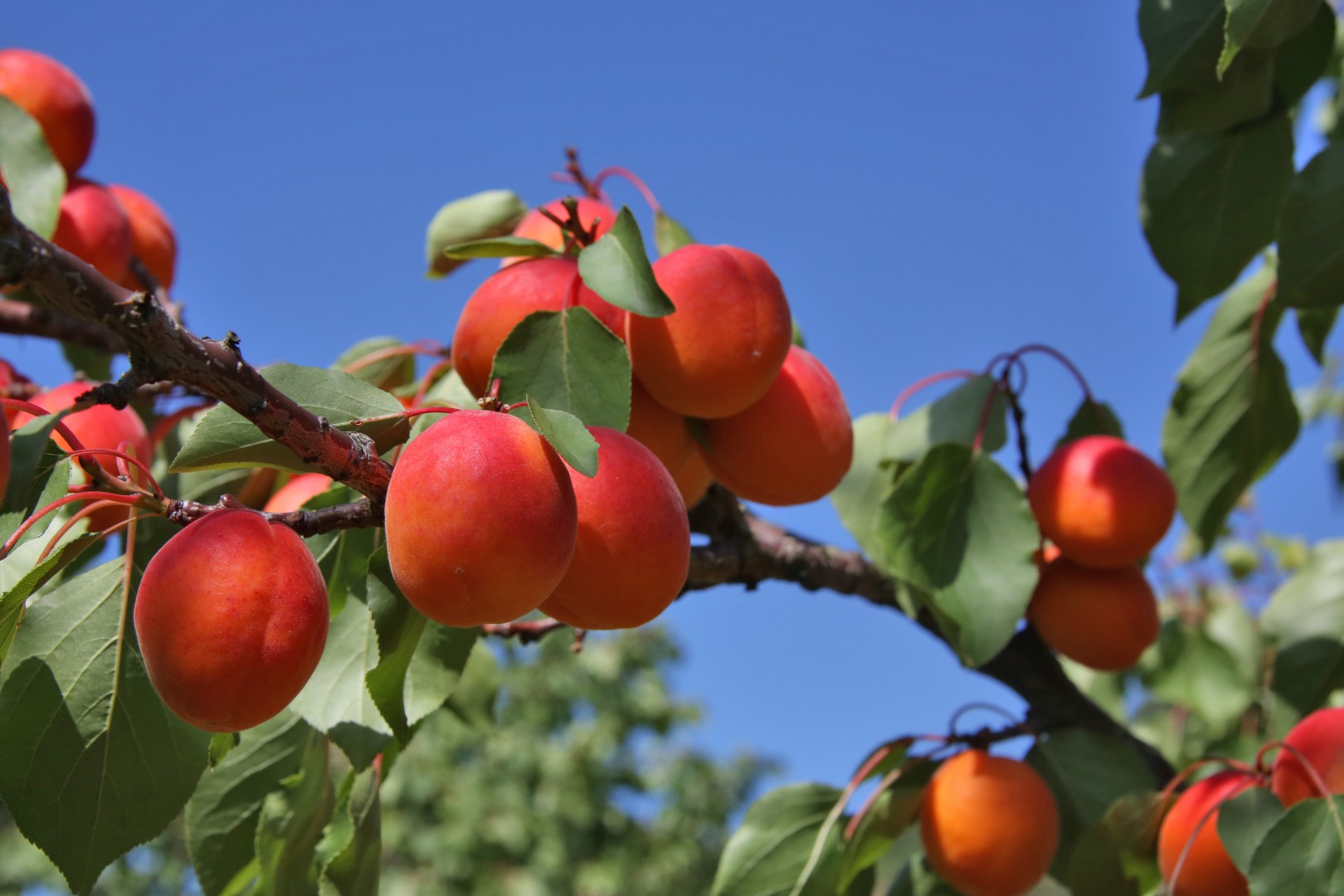 Our orchard currently comprises around 250 apricot trees, some of which date as far back as 1925. In our apricot nursery we pay special attention to the selection and propagation of the best clones of the ‘Klosterneuburger Apricot’. This selection process, together with the local climate and the rootstocks used, is responsible for the unique flavour profile of the Wachau Apricot, which is present in both our fresh fruit and apricot products. Our current selection of plantings is also based on these ‘tried and tested’ plants. To this day, we use apricot seedling as well as various Prunus species as rootstock.

The spherical crown continues to dominate our orchard. Each tree features a trunk between 0.60-1.20m tall and has been planted far enough from neighbour to make sure all trees enjoy the sun from all angles. This makes for a more intense, fruity taste and protects the individual tree from pests and diseases. 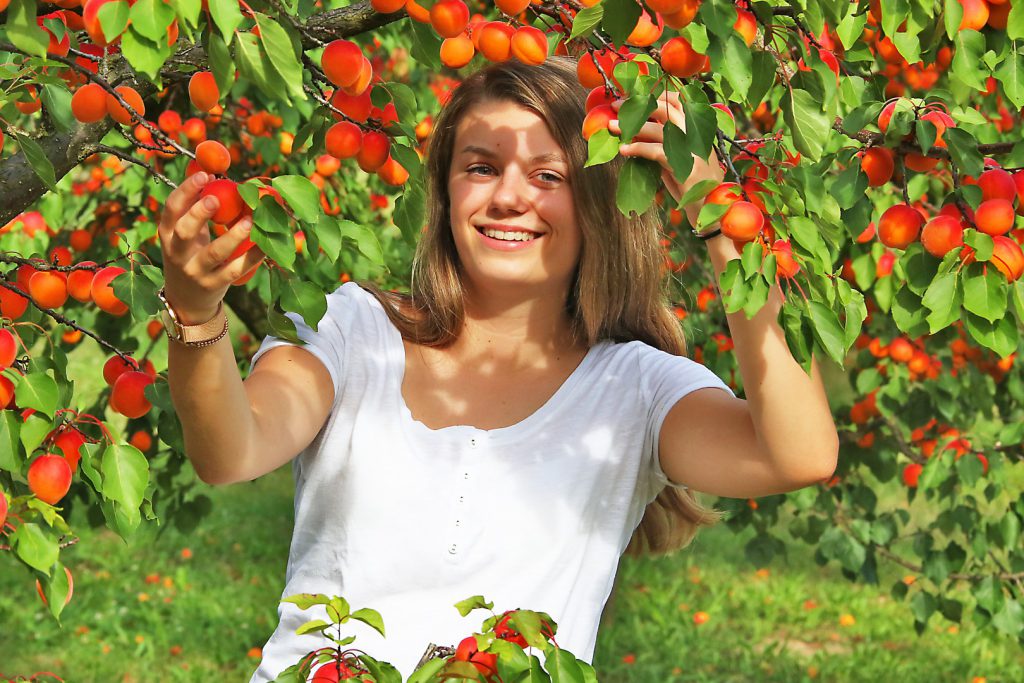 In addition to its unique sugar to acid ratio, the Original Wachau Apricot also impresses with its nutrient profile. It boasts unique health-promoting properties with the help of an abundance of vitamin B1, B2, C and other minerals, making the Wachau Apricot PDO a real vitamin powerhouse!